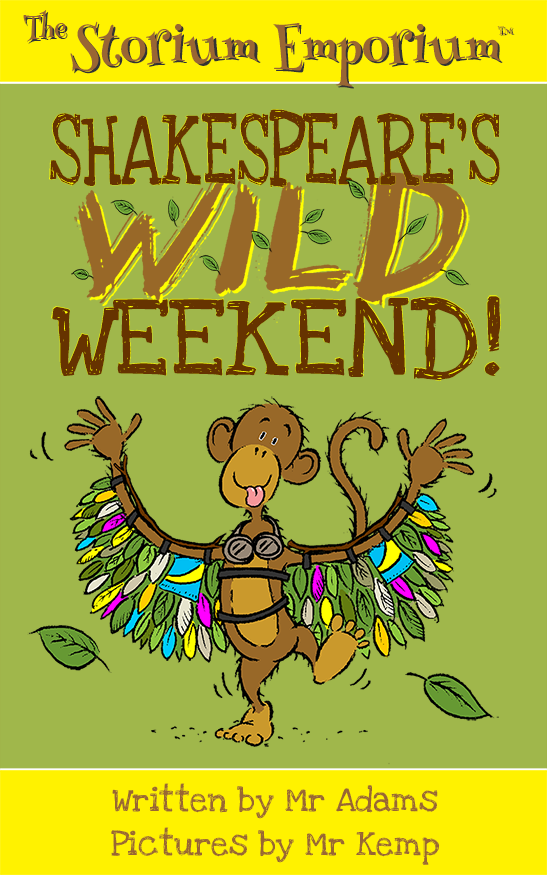 Shakespeare the monkey is bored of his easy life in the zoo. Dinner always arrives exactly on time and there are only 250 channels on the TV to choose from. He dreams of a life of excitement beyond his enclosure, but quite how can he get there? And will it really live up to all that he's imagined... 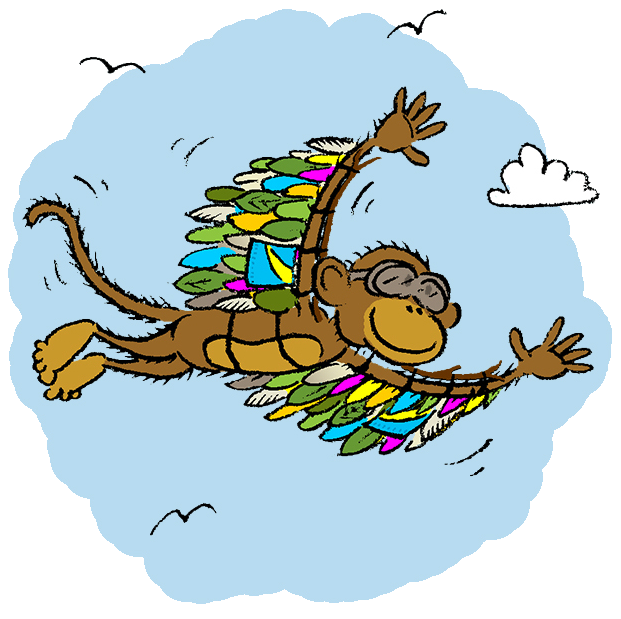 “In a cage in a corner of Toddington Zoo,
Shakespeare the monkey had nothing to do.
He yawned, and then sighed, as he puffed out his cheeks,
He'd done nothing exciting for the past umpteen weeks.”

“Bored with the same old pampered routine,
Fed up with same old fruity cuisine,
That was dumped in his cage at twelve, two and four.
In short, his life was becoming a chore.”

“And the crowds in the zoo just made Shakespeare more glum,
So he chomped on his 'nana and showed them his bum.
Then he leant back slowly, into his tyre,
And dreamt of a new life outside of the wire.”

The bit for grown-ups...

Fans of Julia Donaldson's 'The Gruffalo', Lynley Dodd's 'Hairy Maclary' and pretty much anything by Dr. Seuss will enjoy this story's rhyming style and cheeky sense of humour.

Go BACK to the Stories Menu...